Forty thousand people die from guns every year in the United States. Hundreds of thousands are injured. Sit back and consider those numbers then multiply each by ten to acknowledge family and friends traumatized by the violence.  Forty thousand domestic casualties in twelve months is more than all the Armed Forces casualties since President George Bush’s Desert Storm operation. While the loss of any US service person is tragic,  people back home don’t expect to make the ultimate sacrifice when shopping for their kids’ back to school supplies or worshiping on a Sunday morning or hiking in a national forest.

If the increasing numbers of mass shootings, domestic killings, urban murders, accidental tragedies, or individuals using a gun to end their lives were happening elsewhere, we might suggest these were signs of war. There might a call to send troops and support civilians dying in the cross fire.

Instead we work and raise our children and care for those more vulnerable in communities we can only hope are safe that day. Our elected leaders accept money from the ever powerful lobbyists of the gun world. Because too many politicians like the money and power, there is denial that a domestic war exists.

You and I can never raise the money these politicians–both men and women–require to change their minds or rhetoric about assault rifles. My brother and uncles never needed military grade firearms to hunt grouse or deer. There are an estimated fifteen million military-style rifles in civilian hands. Mass shootings are difficult to accept as part of the price of protecting some individuals’ personal freedom to own what they want.

There is another statistic that is difficult to accept–about sixty percent of gun-related deaths are suicides. Stop and consider the heaviness of that fact. Significant experts tie the flood of illegal drugs including opioids with the astounding number of guns in our country to violence and rising suicide numbers.

Some say it is too late to work our way out of this gun tsunami. Giving up on a safer future for our children and grandchildren because of facing difficult decisions and an angry minority today doesn’t feel American. It feels reasonable if a person wants a traditional rifle or handgun and can prove they have received valid training in safe handling of that weapon. That was how the US once lived. A country where people can own multiple weapons capable of mass shootings and stockpiled ammunition sounds like a nation where the body count will continue to rise. A country engaged in a passive aggressive sort of domestic war. 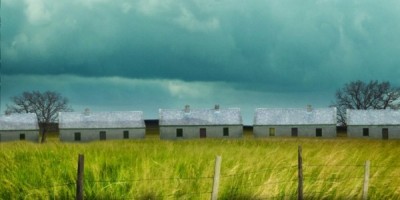