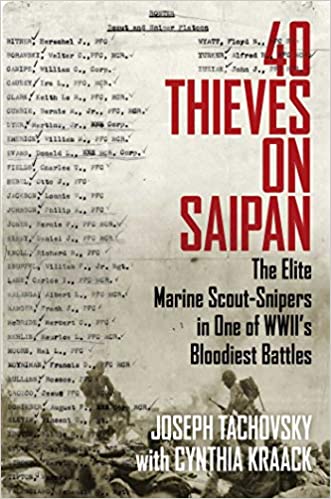 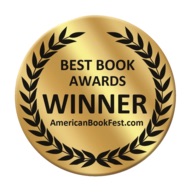 An elite platoon of Marine Scout-Snipers, Lieutenant Frank Tachovsky’s “40 Thieves” were chosen for their willingness to defy rules and beat all-comers. When two Marines got into a fight, the loser ended up in the infirmary, the winner in the brig. Tachovsky wanted the winner on his team—a brush with military law was a recommendation.

These full-blooded men were trained in a ruthless array of hand-to-hand killing techniques and then thrown into the battle for Saipan—Emperor Hirohito’s “Treasure” and the bulwark of the Japanese Empire in the Pacific—where they would wreak havoc in and around, but mostly behind, enemy lines.

Now with help of award-winning writer Cynthia Kraack, Tachovsky’s son Joseph tells their remarkable story—a story he didn’t even know until after his father’s death—reported from an extensive documentary record, including priceless mementos his father kept, and from exhaustive interviews with survivors who served under Lieutenant “Ski.”

“I am thankful that someone took the time to tell our story. Otherwise the world would never know the 40 Thieves; how we lived, what we went through, and how some of us died. I remember every one of my buddies and pray for them every day.”

—Roscoe Mullins, one of the 40 Thieves.

“40 Thieves on Saipan is not Hollywood’s version of WWII combat. It’s a gritty, heart-stopping description of what it was really like…”

—Jim Michaels, author of A Chance in Hell: The Men who Triumphed over Iraq’s Deadliest City and Turned the Tide of the War