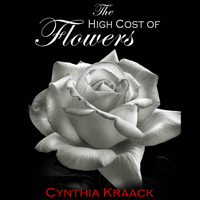 Some writers spend half the year driving to bookstores, church fairs, and events to sell very few books at each. They don’t cover expenses; much less earn enough to give up their day jobs. Some are aggressive with their social media management. They’ve been told they need to be on all social media sites, that the more titles they publish the more people will recognize their brands, and the closer they will be to the tipping point of success. Published by small publishers, they have almost no marketing support and run on dreams and trust.

This is a turbulent time for creators of artistic content. Writers once made a living selling short stories to magazines. Now many markets charge submission fees. The number of self-published book titles in 2013 increased 17 percent over 2012 and 437 percent over 2008. Like the music industry, the large publishing houses assume less risk by signing fewer unknown authors. Those published have weeks for their books to meet ambitious sales targets or lose support.

Calumet Editions, my publisher, has built an e-world marketing strategy that includes a website and an aggressive Twitter presence. Through a traditional distributor, it uses a print on demand approach with minimal inventory. It is a new marketing model that has empty spaces that are different than those of the very traditional small press that published my first four books without social media or ebook strategies. Indie

bookstores would like to have The High Cost of Flowers, a Midwest Book Awards winner, on their shelves, but don’t always have the hours needed to add another distributor to their business.

What makes sense for my work to be discovered by readers? Here’s what I discovered:

Women over 45 account for 58% of all books purchased. They rely on personal recommendations and like to visit bookstores. More Americans own tablets, but still almost 70 percent read traditional books. That distinction doesn’t vary much by demographic group. Young people are more likely to read ebooks than older people, but they’re also likely to read paperbacks.

Doing fancy calculations that means about 15 out of every 100 online adults over 49, and 19 out of those between 19 and 49, might see a tweet. BI Intelligence found Twitter use leans toward males with 22% of online men tweeting and 15% of online women.

Where are the women I hope to reach? Some are not online. Those who are find their way to Facebook, Instagram, LinkedIn and Pinterest. Pinterest is leader in online shopping because of food sites. Facebook still claims top of the heap for other sales. The challenge for me is to pinpoint a social networking strategy to connect me with a primary demographic of women in their 30s through 60s.

I’ll share how I intend to augment my publisher’s strategy to connect with that group in my next blog.