Writing about holidays is tricky. What do you really remember about childhood holidays? Was the Thanksgiving meal served at noon or maybe in the early evening? Did you realize that somebody had to be in the kitchen by about five in the morning to have a turkey 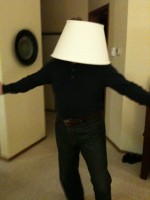 ready to serve at noon? As a kid you didn’t have to think about that side of the holiday. If Grandma or Mom or Auntie Martha wasn’t as silly as the rest of the partying adults at the table, you just made sure to sit deep into the kids’ zone.

Before dishwashers became common, or when a hostess felt she had to use the good china that had to be hand washed, women returned to the kitchen while others watched football or snoozed. Leftovers got divided, little bits of food became nibbles instead of garbage, the last of the wine was poured into juice glasses. Conversation turned more intimate while hot water steamed the kitchen sink window. With female guests involved in the washing up, social pecking orders fell. Aprons appeared and the sounds of water running and women talking drowned football’s constant babble.

Little girls played under the kitchen table and wondered if a child’s gallbladder could go bad or how a mortgage fit into Christmas plans or what carrying low meant. Unfortunately if the discussion was about to get really adult, the under table zone might be relocated to the football room or a hallway.

There are stories that grew into legends—the no-bake pumpkin pie that tasted like jarred baby food, a turkey that slid off its baking rack and melted the kitchen carpet as it hit the floor, the year everyone was ordered out of the house to march around the arboretum for some unknown reason, counting chicken pox spots on an older kid who should have been long past this first grader scourge, the time an adult discovered an empty fudge dish minutes before a little boy threw up.

The holiday ghosts play havoc in creating a fictional family gathering. The oldest daughter isn’t anything like your sibling, but it’s hard to break a tradition of who opens the first gift. Social drinking has different limits in this world than in the celebration you remember. Members of your family never raised an open palm to a child or fellow adult. A baby might fall asleep at the table, but not an adult.

What’s over the top and what’s ho-hum depends on your memory and your readers’ experience. Everyone dances with the ghosts of holidays past. Only the music is different.