Attending literary events lately has led me to the non-scientific observation that writers in this part of the Midwest might eat too many calories per hour while sitting at their computers during extended cold weather. Pictures from a June book release party featured more people in loose fitting clothes in comparison to images from a similar September event. Add in the Minnesota writer living in Los Angeles since the holidays who announced on Facebook that he’s dropped so much weight his pants are falling to his knees.

My conclusion is simple: Writing, as a career in a state with long winters, can be hazardous to your health. 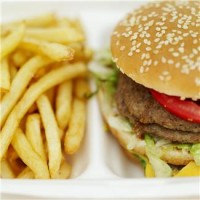 That carry-out lunch can’t be worked off in forty-five minutes at the gym and running on icy paths is plain dangerous.  Most of us indulge in far less sinful eating– rice crackers, a cookie in the afternoon, a handful of pretzels. But there’s not a whole lot of physical activity happening while the mind is wandering and fingers are hitting computer keys. Be honest, most days writing defines sedentary.

A friendly personal trainer pointed to a stability ball as a way to keep the metabolism running while tapping away on the keyboard. A friend in permanent weight watching mode sent a list of ‘healthy’ snacks consisting of a lot of green things. A person employed as a college athletic trainer claims drinking a gallon of water every day will produce a five pound weight loss in two weeks. Not coffee, tea, diet cola. Water. Boring, but possible without braving the elements.

In April winter weather has turned from a tolerated visitor to the equivalent of having Russell Brand as an uninvited houseguest for many, many months. But the need to shed jeans and t-shirts will arrive. I’ve pinned up pictures from our daughter’s September wedding, cleared the office of anything edible, unearthed a jug to tote water upstairs and am honestly tracking everything I eat. None of this helps my writing, but I am hydrated, slightly cranky, and losing weight.

Harvesting Ashwood: Minnesota 2037 will be free for Kindle download April 17 to 21, a writer

‘event’ which requires absolutely no physical visibility to readers. Best not think about how the disappearance of readings and tours could allow writers to stay hidden in their preferred corners with just one cookie or a handful of almonds or  anything that contains calories.

By the way, no fair reminding me that starvation has been a theme in all of my books. Not right now. I’ve got another glass of water to finish.