Surviving war does not equate to a free ticket home.

COVID-19 is like a world war with every country fighting unique battles to beat a largely invisible enemy. When a vaccine is ready, how will wearied populations move forward? How will first responders and all on the front lines find their equilibrium? Where will we mourn our dead?

A good number of the 40 Thieves on Saipan WWII platoon survivors re-enlisted for the Korean conflict. They had seen too much, experienced too much, to return to the family dinner table. For the rest of their lives, many fought the bloody Pacific Theater battles of their youth. Between 1.4 and 1.5 million World War II vets fought in Korea. My father was one of those.

Some WWI and WWII vets disappeared after finding home side re-integration in the United States too difficult. My father-in-law was one of those. Without credit cards and mobile phones, pulling up roots in the 1950s was far easier. The  women they left behind were granted the dignity of being known ‘war widows’ even if somewhere their legal spouse was alive.

Mental health issues have dogged veterans as long as men have waged war. Some WWII and Vietnam vets who had suffered as prisoners of war returned home able to rehabilitate. Others did the best they could. I worked with a well-functioning man who chose to remove his shoes and eat his lunch under his desk. He had spent months in a Russian prisoner camp and carried this vulnerability to the work world.

Hit with the double whammy of COVID-19 and economic tsunami, not all of us will have the tenacity to start over. Suicide rates in the United States have risen dramatically since the start of the millennium, particularly among white middle age men. Vietnam and Afghanistan vets are dying at their own hand daily.

The world will not be a friendlier place in 2021, so where will we find ourselves? In a New York Times op ed David Brooks writes about the US tide of “safetyism” that buffers children and young people from disappointment, from accidents of any size, from developing tenacity. He says that tenacity is not a feature of good character, but what people are trained to do. One of our first challenges will be to find tenacious leaders in families, communities, schools, corporations and government and ask them to help everyone to build the skill set. And to build supports for those who are struck with hesitancy or fear on the journey to our new world.

Surviving this virus war will be a different kind of battle. Stay home. Stay safe. 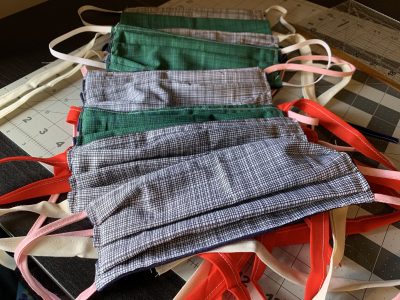