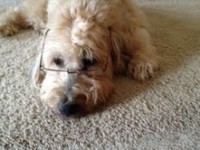 A sad tale of technology gone wrong—a favorite story turned into a novella was stored on a flash drive about seven years ago. The flash drive has now disappeared and all that remains is the original short story as submitted for a summer program at the Iowa Writers Workshop.

The thirteen pages in hand are okay, but flawed. The core story is good, but it is rather like finding blueprints for all the rooms adjoining the kitchen when thinking about a food prep area remodeling project.  Good characters only carry the read so far.

Second sad tale in the process—researching pivotal elements of the story disclosed too many discrepancies with reality to make the story plausible. Is it possible to write the story if one character doesn’t die? If the main character moves to a Wisconsin farm instead of Europe? Is it time to walk away from the project?

Third (and last) sad tale—this story was supposed to grow into my first novel and couldn’t be pushed beyond a fifty page novella. So why was I attracted back to Ginseng Fields?

My electronic and paper storage systems (used in the lightest sense) have plenty of abandoned projects. Some are three hundred words, some are two thousand.  Not being a writer who keeps every sentence ever written, I’m sure thousands of words have slid into the recycle bin as well. Knowing when to walk away from work that has earned a title is tricky. I was recently in a glassblower’s studio and felt awful about shards of a beautiful base pushed into a corner. The artist was nonchalant and said everything else he made in that batch turned out beautiful. Hold on to that thought.

Three sad tales do (hopefully) lead to a pleasant place. Forced to abandon parts of the original plot opened space to explore why I wrote the original story.  Beyond being attracted to these odd net-covered fields in the Wisconsin countryside, why did I begin writing?  Almost ten years later I can answer that question. When I began the story our family was dealing with the serious health decline of my mother. I thought I was writing about how people prepare for such a loss when I wrote about a woman whose father is dying of cancer. In retrospect I understand the real story was about the complexity of the father-daughter relationship and how that plays out in the woman’s selection of a partner. Now there is a story under the storyline. There is lots to explore.

Ten days and 8,600 words later the project is alive and strong.  What was at the center of the story is now acknowledged. No one dies so there are no easy ways to resolve issues between the two main characters. They are more interesting, more developed.  It’s refreshing to write a contemporary story.

It feels like the time to walk away from this story is past. Bringing it to an end worthy of the time invested is a different challenge.