I’ve been revising a story about a military drone designer’s gradual decision to leave his job. Themes of redemption play through the second half of the narrative.

On a spectacular summer morning redemption at many levels could be possible. The country will come back from the brink of constitutional mayhem and inexcusable narcissism. I’ll reconnect a relationship that has faltered. The dog will stop chewing his toenails. Kiss and make up. A gift to right a slight. A hug to heal separation. A simple prayer of thanksgiving.

Every student attending Marquette University was required to take a course called “God and Man” when I was a student. The Jesuits demanded we think about the bigger question of why we exist as well as complete a degree. I don’t remember a lot of guidelines in pushing beyond vacation bible school or confirmation preparation. The course was tough. 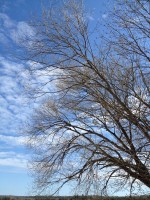 than those created by people. I believe that there is some central spiritual source that provides me with freedom and responsibility to make decisions. I am a complex human being, far more than a Social Security number or data point

The character in this short story does not exist by my terms. For three years his existential crisis has not had found a sound fictional answer that I am willing to accept. So I’ve given myself a deadline to finish the relationship and call the story complete. No kiss and make up. More of a figure it out buddy or kiss off. This character may not experience sweet redemption, but he has been interesting to have in my fictional neighborhood.